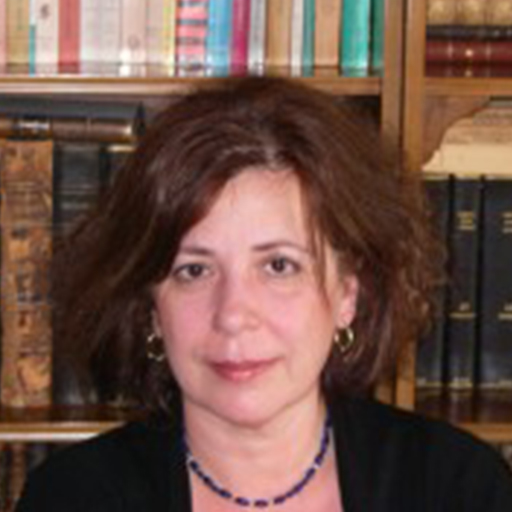 Ifigeneia Kamtsidou is the Former President of the Hellenic National Centre for Public Administration & Local Government (EKDDA), the strategic institution for the development of the Greek state’s Human Resources. She studied Law at the Aristotle University of Thessaloniki (AUTH). She is a Master’s Degree holder in Public Law having specialized in “General Theory of Law” at the Law School of Paris X-Nanterre. She got her Phd in Constitutional Law from the same university (Paris X – Nanterre). She is an Associate Professor of Constitutional Law at the Law School of the AUTH, while she has taught at the Universities of Montpellier and Paris (France) and Messina (Italy).
She has written in Constitutional Law, Fundamental Rights, Comparative Constitutional Law and General Theory of the State and Law. Her books include “The parliamentary system: democratic principle and governmental responsibility”, “The pro-law reservation as a restriction, a guarantee and a pleader for freedoms”, “Greece” (chapter presenting the Greek regime in J-M. de Waele - Nathalie Brack and Jean-Benoit Pilet, Les Démocraties Européennes, Paris, Ar. Colin, 3rd edition), and her articles concern “The significance of the EU Constitution”, “Democracy and citizenship in the EU”, “The separation of powers”, “The public interest in crisis’ periods”, “The economic crisis and the Constitution”, «self-regulation and Constitutional Principles” etc. During the years 2012 and 2013 she was a member of the Examinations Committee for the admission in the National School of Public Administration and Local Government (ESDDA), while, since 2013, she is an Evaluator of the proposals submitted to the Italian Ministry of Education, University and Research (MIUR). Member of the Committee of the Bar Association of Thessaloniki for the Revision of the Greek Constitution (2006-2008), she was the President of the Law-Drafting Committee of the General Secretariat of Equality regarding the law-draft on the implementation of gender equality (August 2010-September 2011). Since May 2015, she is President of the working group of the General Secretariat of Equality regarding the validation and implementation of the Istanbul Convention of the Council of Europe.